Create an Account - Increase your productivity, customize your experience, and engage in information you care about.

These weekly history moments are courtesy of the Pejepscot History Center and are written by local historian Jym St. Pierre.

On February 18, 1677, one of the last engagements of King Philip’s War was fought at Mere Point in Brunswick. King Philip’s War was an armed conflict in the 1670s between indigenous people of New England and colonists. The war is named for Metacomet, the chief who adopted the name Philip because of the friendly relations between his father Massasoit and the Plymouth Colony settlers. The war continued until the signing of the Treaty of Casco Bay in 1678. 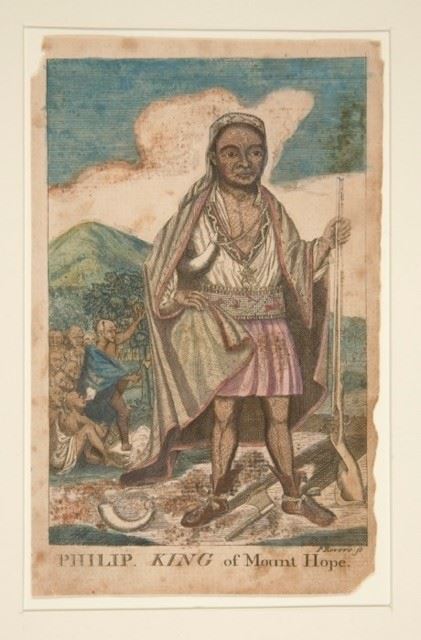 Booms are barriers in a waterway used to collect and contain floating logs. On February 14, 1789, the first legislatively authorized boom company in Brunswick, the Androscoggin Boom Company, was incorporated. By 1820, the year Maine became a separate state, there were half a dozen booms in Brunswick above and blow the falls on the Androscoggin River. 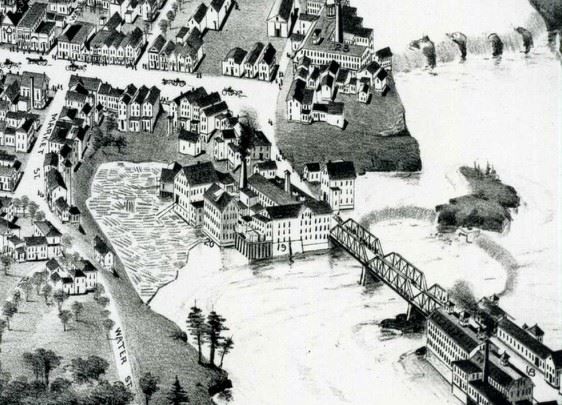 A section of a bird’s-eye sketch of Brunswick, 1887, showing a log boom in the cove below the falls on the Androscoggin River. 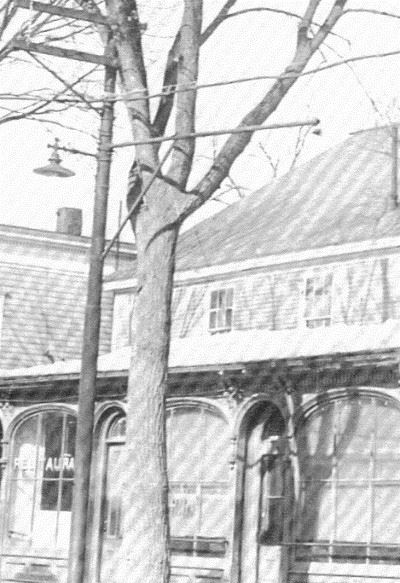 In January 1820, Maine was on the cusp of becoming a separate state after decades of agitation. But Congress was debating whether Maine should be admitted to the Union as a free state only if Missouri was admitted as a slave state. A lot of Mainers did not like it one bit. One such fellow in Brunswick, writing under the name Timothy Claimright, probably a pseudonym, published a long poem arguing against the compromise. It begins and ends:

If the South will not yield, to the West be it known,

That Maine will declare for a King of her own...

A Sister in Union admit her, as free;

To be coupled with slaves, she will never agree.

Maine as a free state was forever coupled with Missouri as a slave state when both entered the Union two centuries ago. Timothy Claimright was no great poet; nor did he prevail. But perhaps the greatest irony is that he was right, Maine did declare for a King. William King became the first governor of the State of Maine. 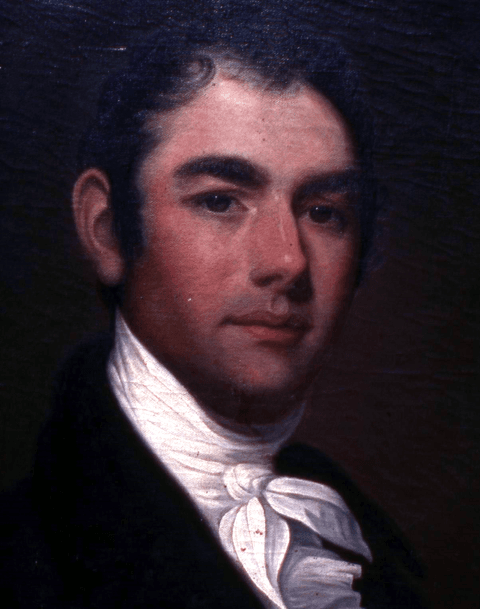 In January 1785, at the age of 23, Benjamin Titcomb printed the inaugural issue of the Falmouth Gazette and Weekly Advertiser, the first newspaper printed in Maine. Titcomb parted ways with the editor the next year and started a rival paper, The Gazette of Maine. A religious fundamentalist, he moved to Brunswick in 1804 to be the paster of the Baptist church. He also participated in a convention that led to Maine statehood in 1820. His home at 63 Federal Street became better known as the Stowe House after Harriet Beecher Stowe and her family lived there in the early 1850s. 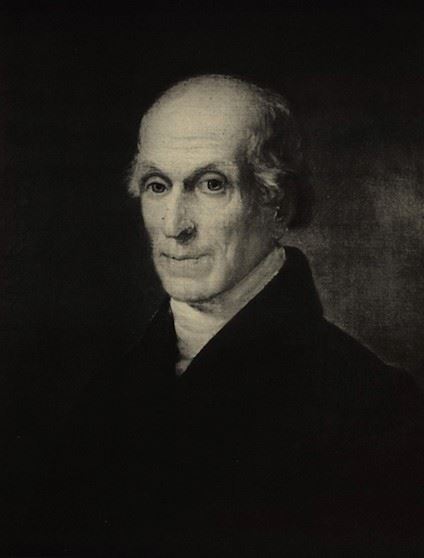 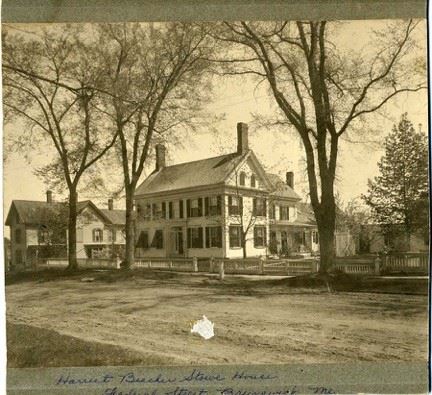 In January 1843, the brothers Aaron L. Dennison and Eliphalet W. Dennison began making paper boxes for jewelry and watches on Maine Street in Brunswick. As the business grew they hired hundreds of employees, many young women--or "Dennison girls,"--to assembled the boxes. The Dennison Box Company became the largest paper box company in the United States. Dennison also invented jeweler’s tags (1851) and produced the first American crepe paper (1894). It evolved into the Dennison Manufacturing Company, which moved to Massachusetts in about 1897. By 1990, it was part of Avery Dennison Corp, based in California, one of the 500 largest corporations in the United States. (Yes, the same Avery that makes labels.) 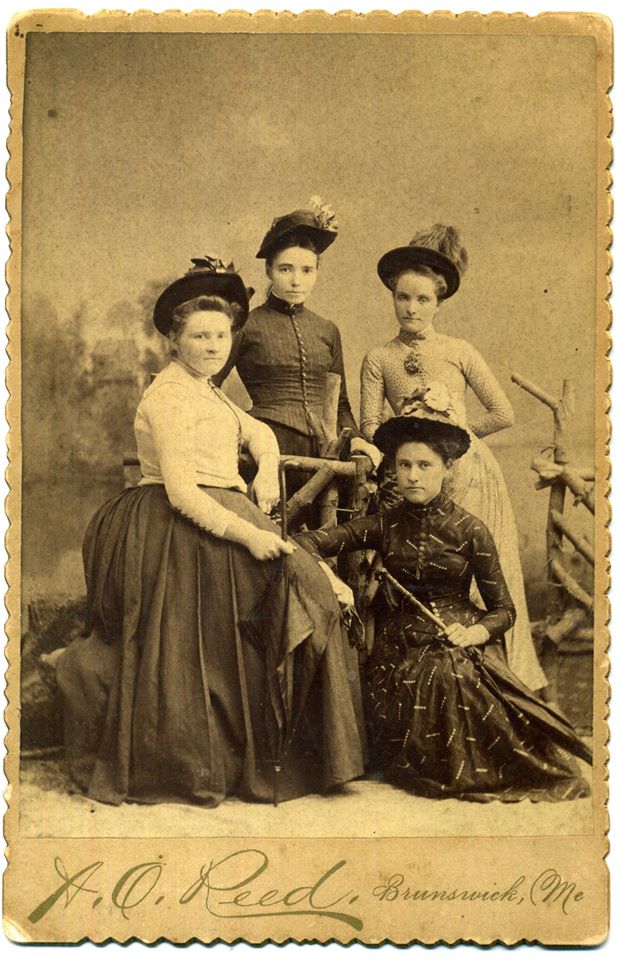 On January 9, 1719, a vote was passed to build the first meeting house in Brunswick. The building, which was not completed until 1735, was sited on the Twelve Rod Road about half way between the Androscoggin River and Maquoit Bay. In 1752, Brunswick voted to spend £4 for “a pair of stocks and whipping-post” at the meeting house to punish misbehaving residents. The original building was used for both town meetings and church services. It was replaced by a second meeting house closer to downtown in 1756. 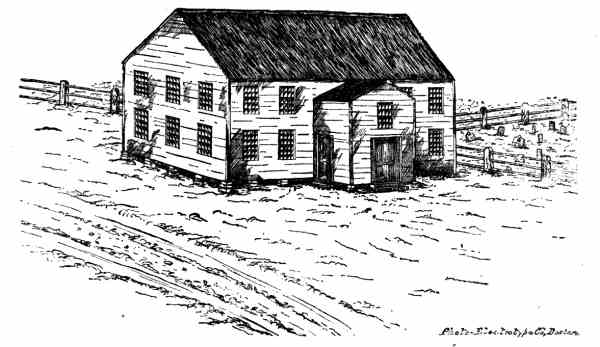 Image from Wheeler’s & Wheeler’s "History of Brunswick, Topsham, and Harpswell"

On January 1st, 1829, the Tontine Hotel opened to the public on Maine Street. A newspaper reported that it had 30 rooms “and a hall which, for elegance and spaciousness, is not surpassed in the State.” The hotel served as the principal public house in town hosting generations of people traveling though Brunswick until it burned in 1904.

William Wheeler said, "The rooms were heated by wood stoves.... No fires were built in the stoves until the guest took possession, and in winter weather he was likely to go to bed shivering. There were no bath-rooms, and toilet facilities, in each room, consisted of a ’commode’ with its wash-bowl and pitcher of cold water…”

The name "tontine" comes from a form of annuity that was popular. The shares increased until the last survivor got the whole income. Today, the Tontine Mall continues the name of the popular 19th century hotel in Brunswick.